5 Questions to Ask BEFORE You Marry Him

I have noticed that the women in my life (wife and two daughters) are attracted to “mushy romantic stuff.”  Books, postcards, weddings, frills … It is just who God “made em to be.” Seemingly, every Hallmark movie ever made is neatly recorded on our DVR waiting, most often, to redeem a difficult day at school, work or ministry. The thing is, every one of those movies is a visual romantic cliche’…

Every single movie follows this path…but that isn’t all bad. In fact, after fighting it for years they have “won me” over to their side.

SOOOOOO I am publicly (all 9 of you that will read this) admitting that I’m all for “mushy love”…romantic, candlelit, corny love. The kind of love that happens in the movies…in New York City…..in the snow…. at Christmas time. You know… the “can’t breathe without you, if we don’t get married I’ll die, talk on the phone till 2 in the morning, leg popping, Pride and Prejudice kind of love”

I actually liked “The Notebook” more than I probably should have…I think Jane Austen was a great writer… the movie “Titanic” would have “sunk” without Jack and Rose. (though why on earth did she let him drown when here was more than enough room on the float she was on) ….Valentines Day IS a real holiday… I believe in love at first sight…kisses mean something…“Wall-E” was great because a robot finds love… Gladiator was a romance… and The Princess Bride could be the BEST MOVIE EVER MADE!!!!

BUT… Since that kind of “love” usually last till just after the “credits” there are some things that I want my daughters to look for besides “all of that”. 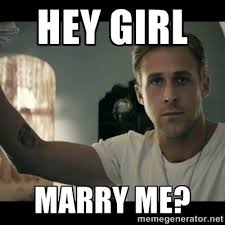 I want em to ask themselves a few simple questions about the man they will someday marry:

1. DOES HE LOVE JESUS? Several years ago I stopped talking in terms of “being a Christian” and started asking, do they “love Jesus”? After all, I live in Texas, EVERYONE a is “CHRISTIAN”! But just because he calls himself a Christian, grew up in church and knows some verses does not mean much. Does he live it? Does he really walk with the Lord?  Is it obvious?  If it isn’t, you can either sign up hoping that one day he will, or you can wait till he does.

2. CAN HE SUBMIT TO AUTHORITY? Most of us hate this one. We have seen authority abused and want nothing to do with submitting to it. A constant theme in Scripture is obedience. David, Esther, Aaron, Timothy, Paul, Peter (eventually) and even Jesus submitted to the authority in their lives. An ordinary man should be no different.  He needs understand the authority he is under, and the authority he authority he will hold in the home. (Eph. 5 and 1 Peter 3 etc… ) Does he understand the servant leadership that he is charged with calls him to “love his wife as Christ loved the church”?  Can he submit without becoming the rebellious guy who speaks poorly of those in authority over him? If he can’t then a marriage to him will likely be hold all kinds of problems.

Romans 13:1-7
Let everyone be subject to the governing authorities, for there is no authority except that which God has established. The authorities that exist have been established by God. Consequently, whoever rebels against the authority is rebelling against what God has instituted, and those who do so will bring judgment on themselves. For rulers hold no terror for those who do right, but for those who do wrong. Do you want to be free from fear of the one in authority? Then do what is right and you will be commended.

Proverbs 25:28
Like a city whose walls are broken through is a person who lacks self-control.

4. CAN HE STAND ALONE WHEN MOST OTHERS BOW? From the moment he leaves the house in the mornings he will be wearing “a bullseye” on his back. This world, our Enemy and his sin nature will attack him and attempt to drive a wedge between husband and wife (and kids). Has he shown that he will be a man who sticks to his convictions when everyone else caves?

5. IS IT EVER HIS FAULT? I understand that sometimes the things that happen in our lives are not our fault…we are the victims. BUT… is it ever his fault when things go wrong? Can he take responsibility for his own junk? If he cannot, then his wife is going to be the “reason” for his struggles…cause it will not be HIS fault.

Posted by Hixon and Margie Frank on October 15, 2016 in Family, Leadership, Marriage

One response to “5 Questions to Ask BEFORE You Marry Him”