The BIBLE and the Death of Osama bin Laden… guest post by Dr. Bruce Frank 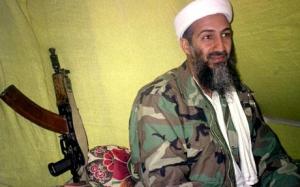 I have watched the “Facebook/Twitter” debate about the “appropriate” response a Christian should have at the news of Osama bin Laden’s demise. Some of the posts have seemed almost “rednecked” in their enthusiasm that “we finally got the sorry ….. um…. turkey!”. While others have come off as “hyper-stoic”, as though we should be more spiritual than to be elated that the “murderer is dead”.

No one has articulated the conflicting emotions many American Christians have (and I believe should have) more succinctly than Dr Bruce Frank, Sr. Pastor at Biltmore Baptist Church in Asheville, North Carolina. He posted the following on his blog…..  (great blog that you can check out by following the “Bruce Frank” link in the right-hand column of this page)

“Obviously the news has been full of the details concerning the death of the terror mastermind, Osama bin Laden. When President Obama said:”Tonight, I can report to the American people and to the world that the United States has conducted an operation that killed Osama bin Laden, the leader of al Qaeda, and a terrorist who’s responsible for the murder of thousands of innocent men, women, and children” – it set off a huge reaction here in the states and around the globe.

While most here in the States joyfully celebrated and rightfully gave thanks to our military personnel, some others, as expected ,said such reaction was ‘barbaric, etc…’ The question came up to me numerous times yesterday, “How should we react?” In other words, ‘how should we feel when we see a guilty person (admittedly and beyond reasonable doubt) brought to justice at the hand of civil government?’

While not exhaustive by any means, here are a couple of Biblical principles for a Christ-follower to consider:

1. Romans 13:1-5 clearly says that the government is a “minister of God for good”. But if you do what is evil, be afraid; for it does not bear the sword for nothing; for it is a minister of God, an avenger who brings wrath on the one who practices evil.” The killing of bin Laden was fully justified by the demands of just war theory, the historic Christian means of moral reasoning that measures the justification for acts of lethal force. Bin Laden was the one human being most responsible for a series of terrorist attacks that left thousands of civilians dead. He claimed responsibility and pledged future attacks.

2. Proverbs 24:17-18 says, “Do not rejoice when your enemy falls, and do not let your heart be glad when he stumbles; or the Lord will see it and be displeased, and turn His anger away from him.” The word for rejoice means “be arrogant, mocking”. However, Proverbs 21:15 tells us “the exercise of justice is joy for the righteous, but is terror to the workers of iniquity.”

So, on one hand we are told not to rejoice and on the other hand to also rejoice. So what we have is somewhat of a mixed emotion. I have a deep sense of joy, patriotism, and thanksgiving that our military had the means and will to remove this threat. There is a sense of satisfaction that a person who has harmed so many has been brought to justice. There is also a sense of sadness that a human being, made in the image of God, would be so given over to evil that he would callously murder many innocent people.”

There is a sadness when any person dies without Christ and suffers eternal punishment.

I guess the phrase I heard Al Mohler use sums up my feelings:

Posted by Hixon and Margie Frank on May 5, 2011 in Uncategorized