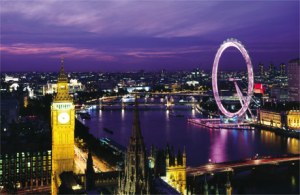 Several months ago a friend recounted the story of his visit to London. His account was spellbinding! It wasn’t that the actual story was all that different than any other story you would hear from a recently returning tourist. But it was the WAY HE TOLD it that grabbed me. It was as if I could hear the sounds of Heathrow, see the Christmas lights at Piccadilly Circus and antiques at Portobello Square. After hearing his story I wanted to go and experience London for myself!

Maybe that is the way God wired you to tell HIS story. A simple engaging story about the most important thing in your life. If so, then you may have a TESTIMONIAL STYLE of evangelism. You are probably able to Clearly Communicate, tell a good story, and are a good listener.  You also are similar to the blind man found in

17 Then they turned again to the blind man, “What have you to say about him? It was your eyes he opened.”The man replied, “He is a prophet.” 18 They still did not believe that he had been blind and had received his sight until they sent for the man’s parents. 19 “Is this your son?” they asked. “Is this the one you say was born blind? How is it that now he can see?” 20 “We know he is our son,” the parents answered, “and we know he was born blind. 21 But how he can see now, or who opened his eyes, we don’t know. Ask him. He is of age; he will speak for himself.” 22 His parents said this because they were afraid of the Jewish leaders, who already had decided that anyone who acknowledged that Jesus was the Messiah would be put out of the synagogue. 23 That was why his parents said, “He is of age; ask him.” 24 A second time they summoned the man who had been blind. “Give glory to God by telling the truth,” they said. “We know this man is a sinner.”  25 He replied, “Whether he is a sinner or not, I don’t know. One thing I do know. I was blind but now I see!”

The blind man simply told people what Jesus had done in his life. Maybe that is exactly how God wants YOU to share your faith with others….  whatever the case is….

Posted by Hixon and Margie Frank on April 28, 2011 in Devotional Thoughts, Discipleship