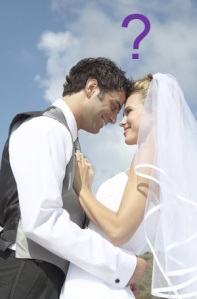 I have noticed that the women in my life (wife and two daughters) are “hardwired” to be attracted to the “mushy romantic stuff”. (thank you Captain Obvious) It is just “IN THEM”. In fact, after fighting it for years they have “won me” over to their side.

SOOOOOO I am publicly (all dozen of you that will read this) admitting that I’m all for “mushy love”…romantic, candlelit, corny love. The kind of love that happens in the movies…in New York City…..in the snow…. at Christmas time. You know… the “can’t breathe without you, if we don’t get married I’ll die, talk on the phone till 2 in the morning, leg popping, Pride and Prejudice kind of love”

I actually liked “The Notebook” more than I probably should have. I think Jane Austen was a great writer! The movie “Titanic” would have “sunk” without Jack Dawson and Rose. Valentines Day IS a real holiday! I believe in love at first sight, kisses mean something, “Wall-E” was great because a robot finds love. Gladiator was a romance… and the “Princess Bride” could be the BEST MOVIE EVER MADE!!!!

BUT… Since that kind of “love” usually last till just after the “credits” there are some things that I want my daughters to look for besides “all of that”.

I want em to ask themselves a few simple questions about the man they will someday (presumably) marry:

1. DOES HE LOVE JESUS? Several years ago I stopped talking in terms of “being a Christian” and started asking, do they “love Jesus”?   After all, I live in Texas, EVERYONE IS A “CHRISTIAN”! But just cause he calls himself a Christian, knows some verses and wears the t-shirt does not mean much. Does he Love Jesus? Does he really walk with the Lord? Can you tell?

2. CAN HE SUBMIT TO AUTHORITY? If you have read this blog much you can see a theme here. But so much is written in scripture about a man both having authority and being under it. A man must understand both. If my daughters are gonna marry a young man one day then they gotta go for a guy who “gets” authority. The authority he will hold in the home, and the authority he will need to submit to as he lives his life. Eph 5 and 1 Peter 3 etc… Does he understand the servant leadership that he is charged with in the home that calls him to “love his wife as Christ loved the church”? Bosses, cops, pastors, banks, landlords, housing association, blah blah blah….they all represent authority he will more than like likely have to submit to. Can he submit without becoming the rebellious guy who speaks poorly of those in authority over him?

4. CAN HE SUFFER WELL? Crummy boss, mean co-workers, skipped for promotion, financial setbacks etc….. will he be able to live his life well when his world falls apart? Will he find a job and keep it? Will he bail at the first signs of trouble?

5. CAN HE STAND ALONE? From the moment he leaves the house in the mornings he will be wearing “a bullseye” on his back. This world, our Enemy and his sin nature will attack him and attempt to drive a wedge between him and his wife (and kids). Has he shown that he will be a man who sticks to his convictions when everyone else caves?

6. DOES HE TREAT HIS MOTHER WELL? You can tell a lot by how a man treats his mother. Typically he will treat his wife the same way.

7. IS IT EVER HIS FAULT? I understand that sometimes the things that happen in our lives are not our fault…we are the victims. BUT… is it ever his fault when things go wrong? Can he take responsibility for his own junk? If he cannot, then his wife is going to be the reason for his struggles…cause it will not be HIS fault.

So…. I say “go for the cute one, the romantic one, the rich one, the smart one etc…

just so long as he answers these questions right”!

Posted by Hixon and Margie Frank on April 14, 2011 in Uncategorized