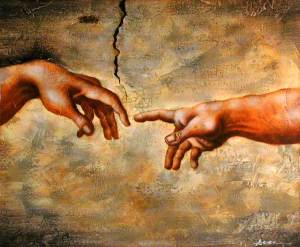 The USA Today reports that 86% of people in the United States believe in “God”. That is almost all of us!  I’m in Texas so I think it is around 112% here!  We have churches, temples, synagogues and even mosques…. everywhere!

For many of the 112% who believe in God, that belief makes very little difference in their behavior, perspective on life and choices they make. I would argue that a belief in God that does not transform us “inside and out” is really not a belief as much as a “preference“. We prefer to “believe” in God just in case their really is one.

But I don’t just “believe” in God in order to “hedge my bets” or to keep my job.  I believe in a personal almighty, loving, just, merciful, fierce God of the universe as described in Scripture. (see references below)

While there seems to be an epidemic of folks who follow a “God of their own design” (see Rob Bell or Brian McLaren) I believe in, worship and have “bet the farm” on the God of the Bible.

There is one God. (just one…. and you are not it…nor do you get to be someday). He is the Creator and Ruler of the universe.(The master builder, designer and creator) He eternally exists in three personalities: the Father, the Son, and the Holy Spirit. These three are co-equal and one. He is perfect in His many attributes of holiness, love, power, knowledge, justice, and mercy.

Posted by Hixon and Margie Frank on March 21, 2011 in Devotional Thoughts